Hi, my name is Pol

I like to Travel and see (C) the world.
Many countries have I already visited and I’m planning on seeing more and that’s why I started this blog in 2015.

I’m not asking anybody to follow me or to give me likes, I’m not the typical influencer who begs for people to follow or give likes. It’s offcourse much appreciated and it always helps to be motivated in continuing writing travel posts and making youtube videos.
Not blogging or vlogging to make a living of it, as I’m not planning on leaving my 9 to 5 job, so this blog is just a hobby of me, as since my childhood I was always interested in geography and countries from the day my parents bought me a world atlas and a globe that I could spin around and stop it by just pointing my finger randomly on it.
Learning countries out of my head and memorize their capital cities that were printed in bold and underlined.

Shout out to everybody who already followed and subscribed to me on social media and in particular to the blog and supported me without being asked to do so.
Welcome to my world and enjoy my site.

Countries visited on this map :

Create Your Own Visited Countries Map

If you are looking for reindeer, forgot about Rudolph and go on a reindeer sledding tour with the Sami people.
They are known for looking after the reindeer , feeding them, raising them and protecting them in the wintertime from predators. So from the far North they bring them together around the Tromso area in the Arctic reindeer camp. It’s a huge piece of land with enough space to herd the reindeer.
Visiting the Sami people and their reindeers was an awesome experience. Usually reindeer are very shy and they would run away if you would spot them in the wild, but at the Arctic reindeer camp it’s possible to get close to them and feed them.
I took a bucket with some reindeer food already in it and made some noise by shaking my bucket and the first reindeer where approaching towards me.
When you feed the reindeer hold the bucket with your arm stretched and don’t lean too much over with your head down, or you could get a reindeer horn in your face. 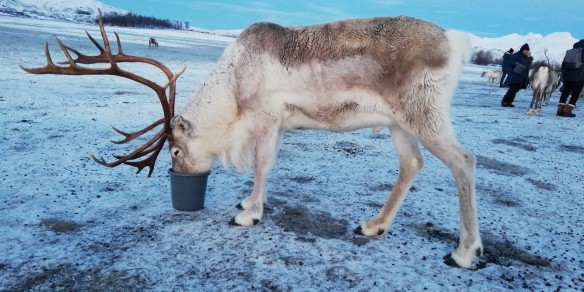 After feeding the reindeer, I walked around taking some pictures, watching the animals react to all the people visiting them, until it was time for me to go on the sled and let a reindeer pull forward on the ice. Ice sledding on a frozen lake with a reindeer leading the way, how more awesome can it get ! 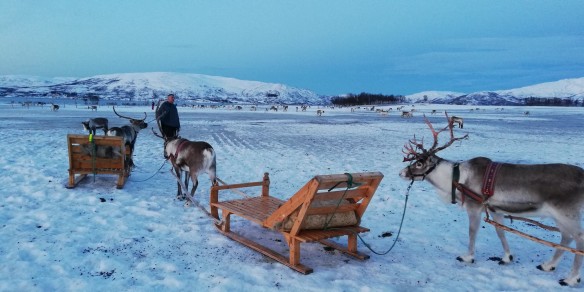 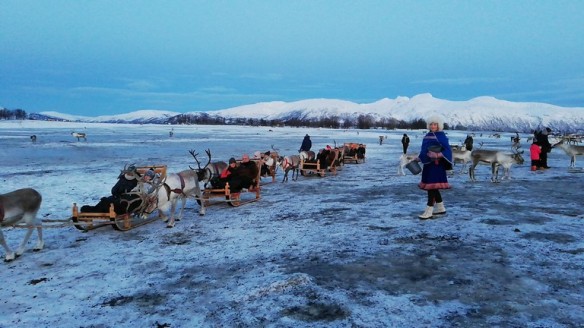 The tour that I booked said it was only 10 minutes, but in reality it was double that time and worth the extra money. It’s also possible to book the same tour with just feeding the reindeer, but I wanted to go on the ice with the sled and happy I did. 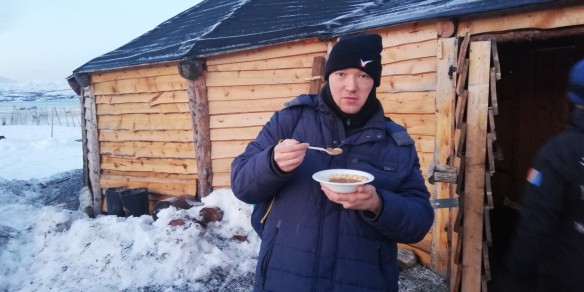 There was also food included on this tour, ironically, it was reindeer stew, reindeer meat with potatoes and carrots in a delicious sauce. I got two portions and it really fills up your stomach very well.
After I finished my meal I got together with all the other visitors and the Sami people in a big tent. In the center a big fire was made to bring warmth and light into the place.
Then we listened to the stories the Sami women had to tell.
It was about their traditions, experience of herding the reindeer for centuries, about the different clothes they wear, the songs they sing and also learning us more about the reindeer.
Definitely recommend this tour if you want to get up close with the reindeer of the Arctic.

The same day I did the dog sledding activity, I was up for some more Arctic fun. One of the things that is as popular as dog sledding is chasing the northern lights. You have to be lucky to see them, the sky needs to be clear, which  means no clouds and also there should be no night pollution. That’s why you need to get out of the city of Tromsø cause there is too many lights at night in the city.

I booked this tour with pukka travels and the meeting point was at the new terminal building by the harbour on the 2nd floor. Where I got a little briefing about the polar lights aka northern lights aka aurora borealis. So many names for the same natural phenomenon.
The guide and driver were talking to us what the chances are of seeing them and they told us that they had good hopes as the skies looked clear, which is one of the important key things to succeed in finding the polar light activity in the sky.

Best I could do with my cellphone, little blurry 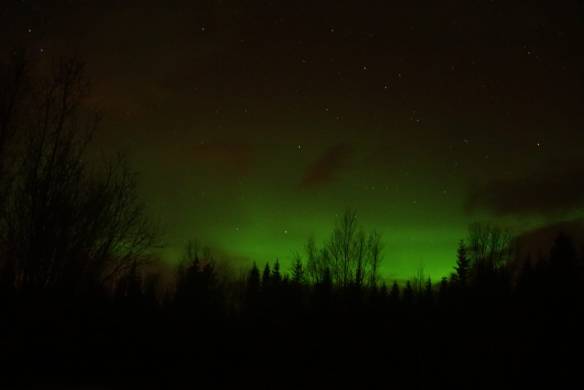 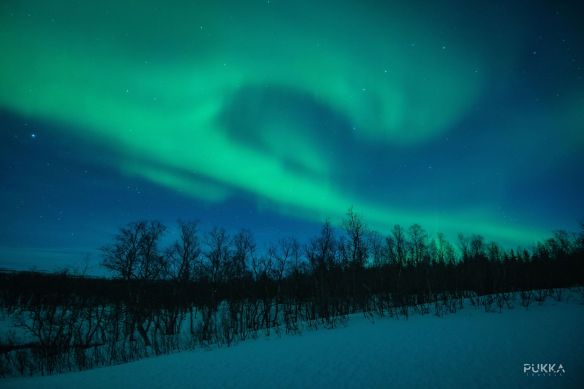 Pictures taking by our guide, this is how it should look

Here I am with the Northern lights 🙂

The northern lights are a natural phenomenon found in the northern and southern hemisphere of the Pole circle.  It starts on the surface of the sun when solar activity gasses are being ejected into the atmosphere and when it collides with the invisible magnetic field of our earth.

You see a bright shine in the dark sky and on camera that looks green when taking a picture, however you need to do some camera adjustments. Not all camera’s are good for that, but when you book a tour the agency takes the pictures for you as they have the right equipment with them. You also need a stable tripod, cause when the camera just slightly moves while taking a picture, the green shine on the picture won’t be coming out so nicely, it will be blurry and will have more the look of a painting rather than a picture.
My guide and driver they also knew some tricks that you can do with a torch while taking the picture of the northern lights, it takes 10 second to process and in the meantime, you have to stand still while the other person can make drawings with the torch around you to create a special effect. The guys were from Poland, but they knew what they were doing and made a drawing of a crown (looks more like the M logo of Macdonald’s) and something that looks like Love PL (love Poland). Makes sense to me cause I have Polish roots. See pictures below.

The drive into open nature away from the city lights is very exciting too, cause everybody is curious if we will be lucky or not to see something.
The guide and driver they got out of the car a few times, to check the sky and if it was not good enough, we just continued further north.
Suddenly we stopped somewhere down the road and got very excited because we were lucky tonight to see them, the movement and dancing of the northern lights was amazing to see , the different curves and forms, makes every picture you take of it look different. We also saw some pink, purple colors mixing up with the green and some shooting stars. Can’t remember anymore when I saw shooting stars, must be from my trip to Namibia in Africa in the Namid desert where I was staring at a sky full of stars. Now and then a shooting star was passing by if I’m correct. The northern lights, however were my first time experiencing it and I consider myself lucky because some people travel to the north just to see this phenomenon, but don’t get to see it because the weather conditions are not optimal.

We celebrated it with hot tea, hot reindeer stew and some marshmallows around a campfire dug in the snow. We arrived in Tromsø again around 1 am in the early night. I went back to my hostel and since it was a Friday to Saterday night a lot was going on in Tromsø, people were going out, music was playing outside the bars and clubs and suddenly Tromsø was less quiet. My hostel was a bit outside of the center on a quiet street so I was ready for a good sleep and quiet night, to dream about the polar light that I just saw that night.