My trip to Indonesia brought me to Yogyakarta on the Island of Java.
I stayed in the centre of Jogya as it is called by the locals, on Malioborostreet.
It’s a long street and it’s the mainstreet with lot of little shops were souvenirs and t-shirts are sold at cheap prices. There is also the Malioboro mall where you have several eating places and a supermarket.
The Temples that was the main reason why I came to Jogya, to see the largest Buddhist Temple on earth “Borobudur” and “Prambanan” the largest Hindu Temple in Indonesia and Unesco World Heritage site. I also visited a smaller temple, the Candi Mendut temple which was again a Buddist temple but the big Banyan tree standing next to it was more impressive.

Other news from when I was in Java :

Mount Raung volcano has been spewing ash in the air and several airports on the Java Island aswell as neighbouring Island Bali were closed. The Yogyakarta airport stayed open and I was lucky I got out of there at time cause my next destination would be Singapore and I didn’t want to miss out on Singapore. 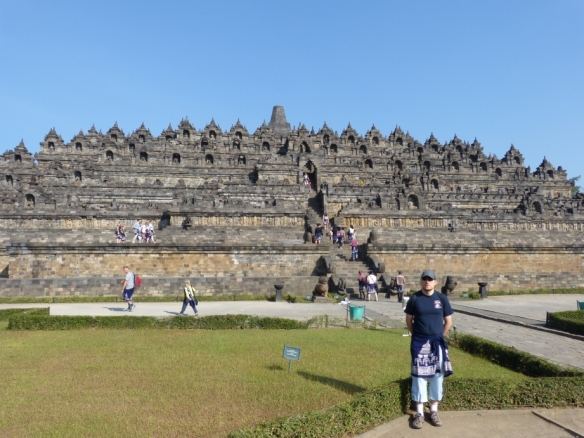 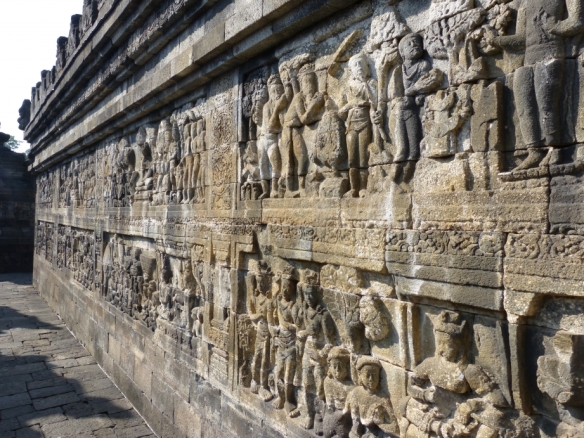 nice carvings on the first level 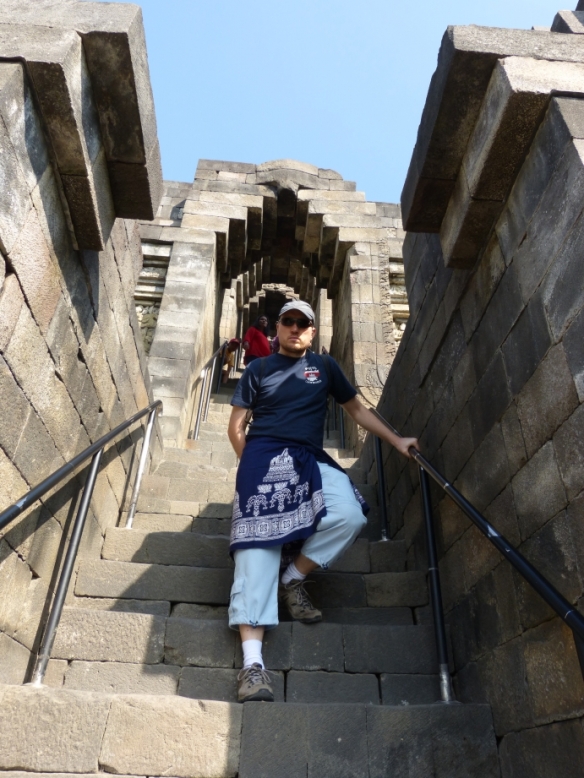 going to the next level 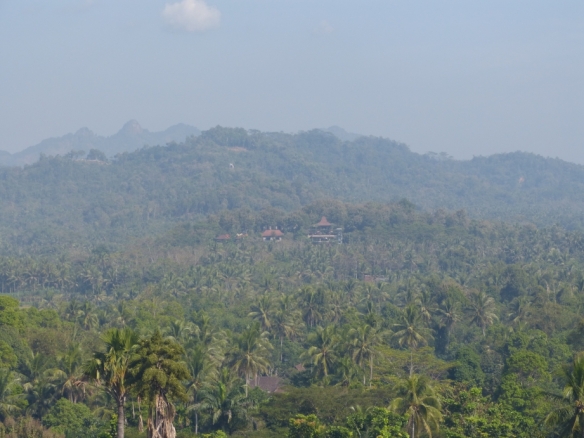 view over the rainforest from Borobudur temple 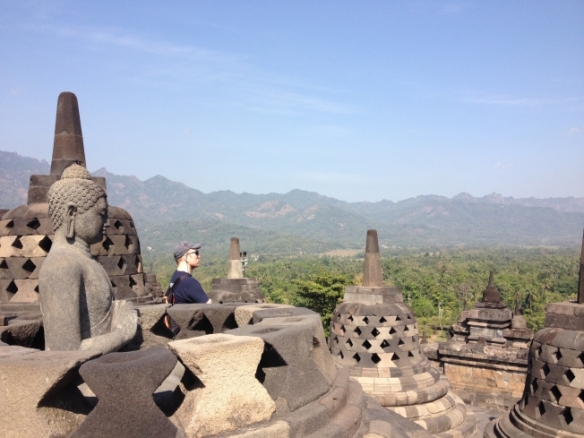 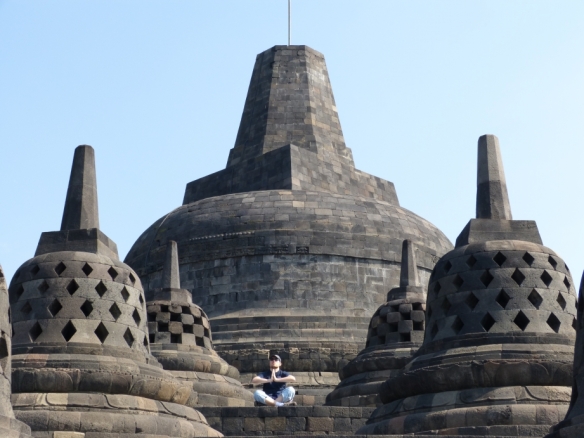 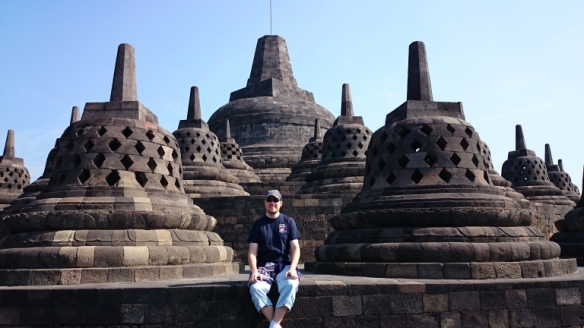 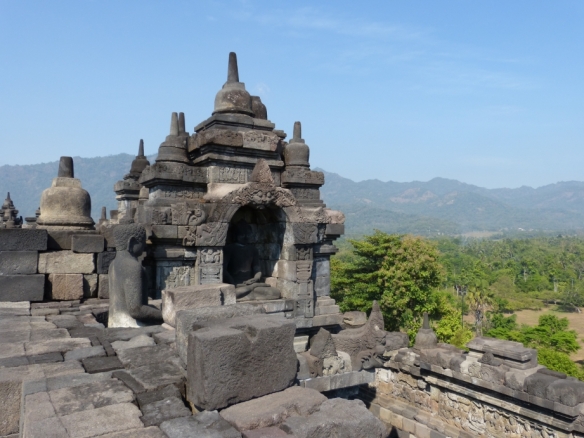 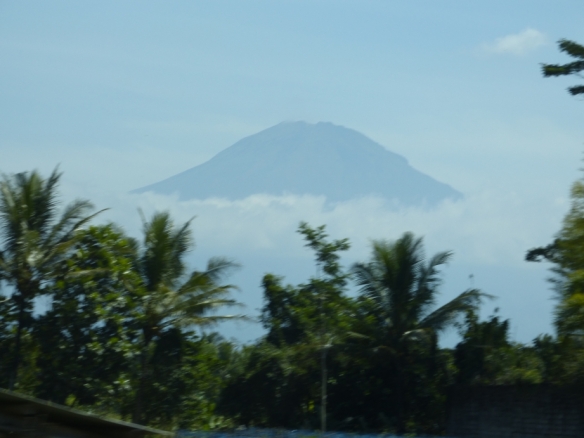 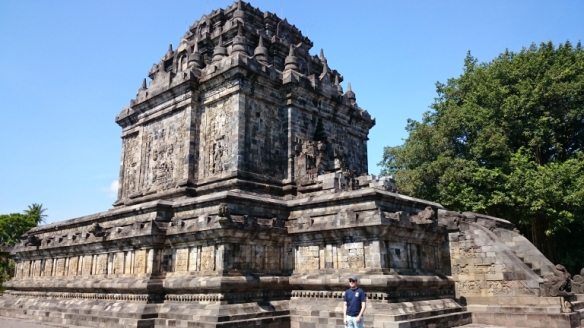 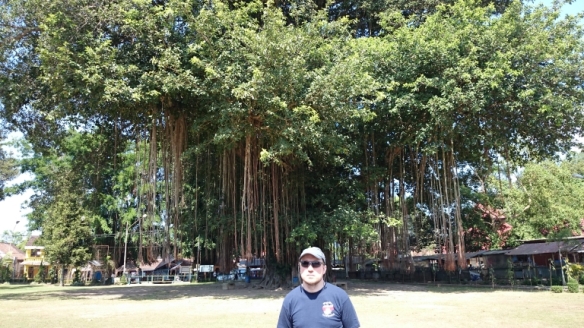 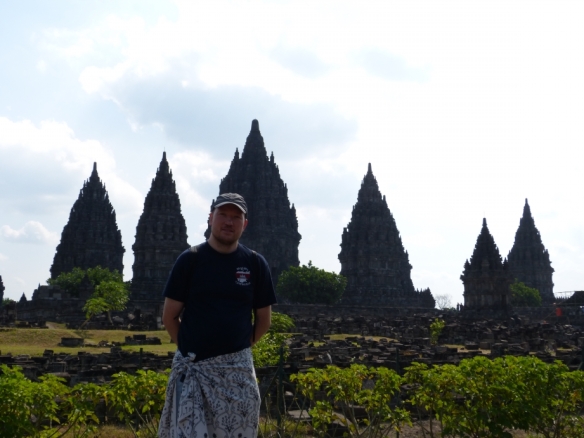 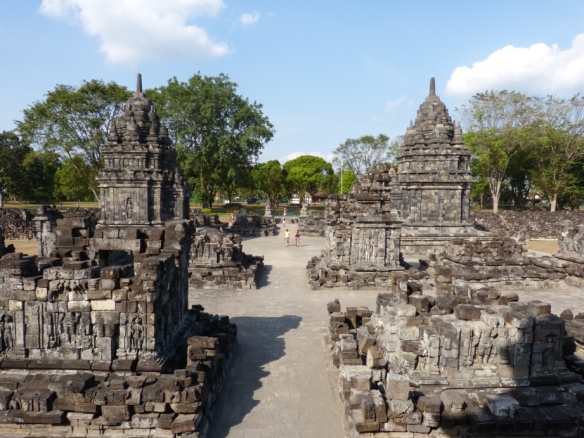 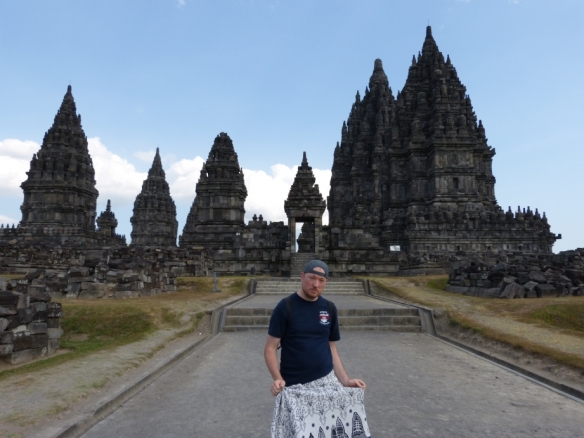