Another Temple that I visited in the Angkor complex was Ta Prohm with its huge trees overgrowing big parts of the temple. The trees are in unique shapes and I also saw the most famous tree of them all, the one that got featured in the Tomb Raider movie with Angelina Jolie. Some people call it “The Tomb Raider Temple”.
The Bayon temple is known for its faces this one for its big Banyan trees. So many different temples to visit and each one is different like Beantey Srei with its Monkey statues is in a well-preserved state. Less tourist here but surrounded by the jungle its a must see and well worth to take your time and have a look. 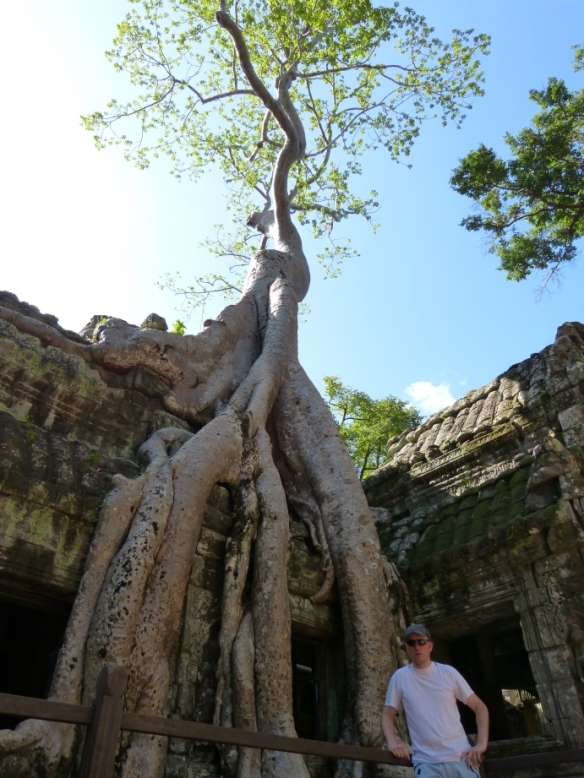 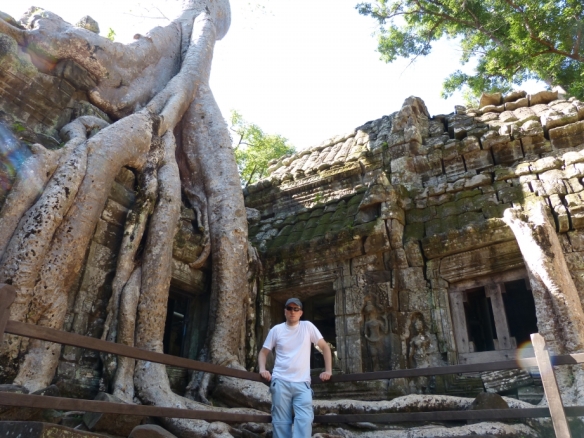 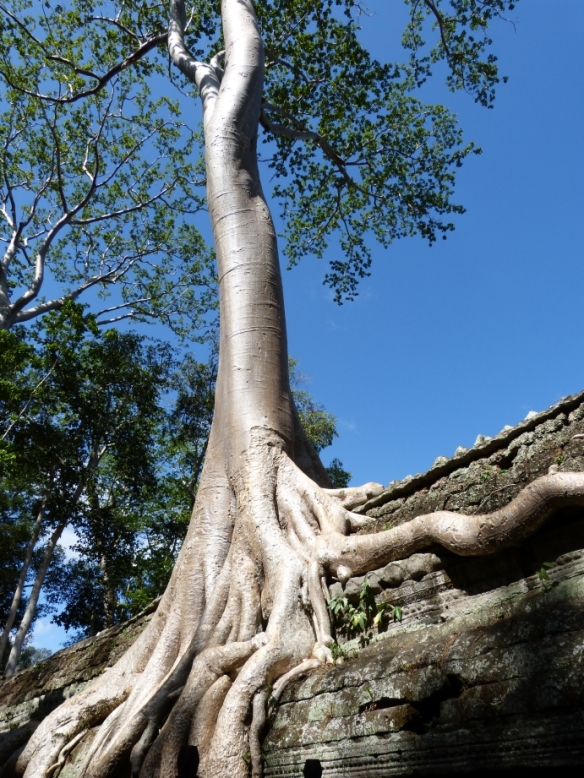 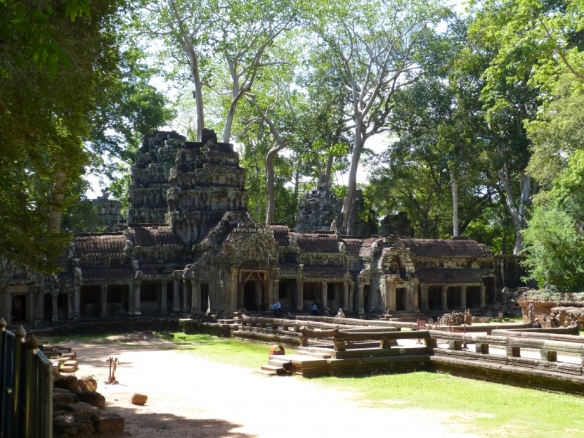 GOING TO THE NEXT TEMPLE BANTEAY SREI 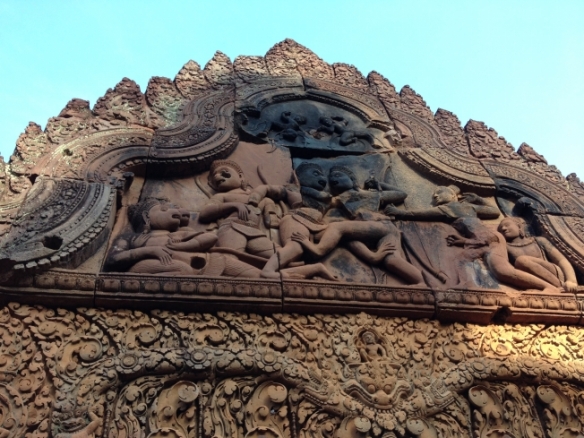 This is a zebra caterpillar I guess 🙂

My last place of visit in Turkmenistan was the Unesco site of Kunya Urgench near the city of Dashoguz. In Kunya Urgench you follow a long path, along it you will see old buildings from the 11th till 16th century, Sultan Tekesh and Arslan mausoleum,Gutlug Timur minaret and the Turabeg Khanym mosque or mausoleum, it’s not clear untill this day which one of the two it is. 7 monuments in total and I didn’t spend many more time here because once you have seen these few building that are a little bit spread over the landscape along the path you have seen it. It took me not even half an hour before I went back to my driver in the 4X4 jeep to take me to the border between Turkmenistan and Uzbekistan for my first border crossing in the Stans.
From the Turkmen province of Dashoguz to the Uzbek province of Karakalpakstan which has an autonomous status within Uzbekistan. I visited the city of Khiva there. 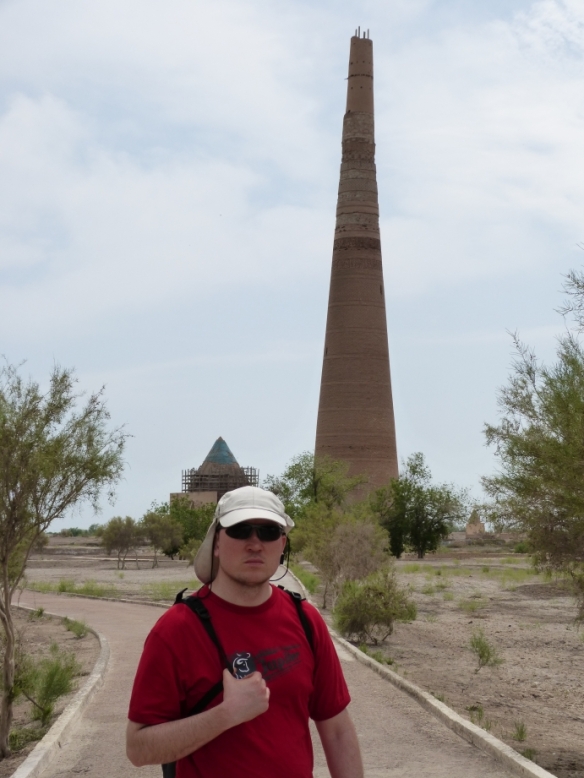 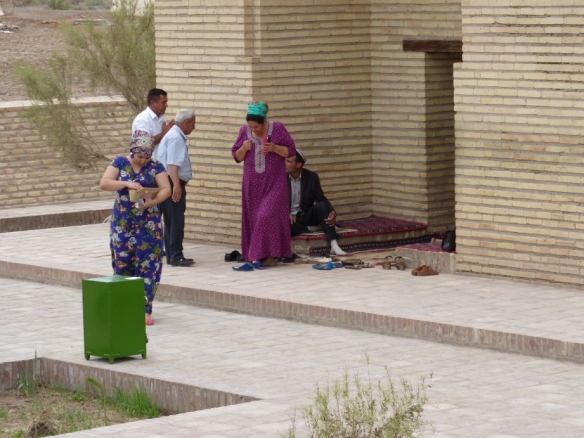 locals at a mosque 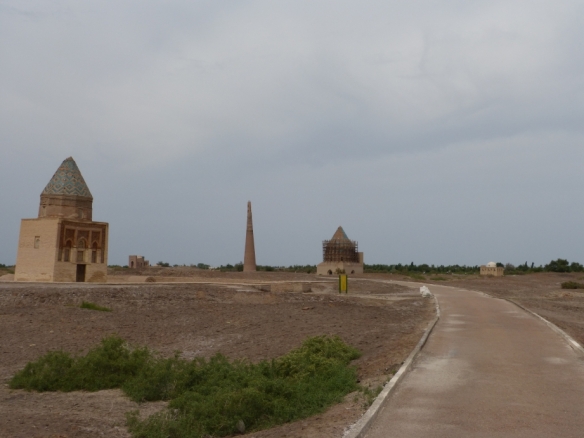 the end of the path

While in Lisbon I did a daytrip to Pena, Sintra and Cascais, you can book this trip from any hotel or hostel as a half day trip or a full day trip. I took the half day trip but the trick is that it can save you money. Most people they go for the full day trip, so when a minivan arrived at my hotel to pick me up, the driver told me that since I was the only one who booked the half day tour, he will let me do the full day trip with the rest of the people on this tour at no extra charge. END_OF_DOCUMENT_TOKEN_TO_BE_REPLACED